Additionally, during 2018, the company:

"Our strong 2018 performance represents more than a singular good year—it builds on years of success and validates our long-term focus," said Patrick Pacious, president and chief executive officer, Choice Hotels. "As Choice celebrates 80 years in business, these impressive results are proof that investing in our current brands, launching new brands, and further enhancing our business-delivery capabilities have provided a runway for long-term growth."

Additional details for the company's 2018 fourth quarter and full year results are as follows:

Use of Cash Flows

Pursuant to its program to encourage acceleration of the growth of the upscale Cambria Hotels brand, the company advanced approximately $105 million in support of the brand's development during the year ended December 31, 2018. The company also recycled approximately $10 million of prior investments in Cambria Hotels development projects, resulting in net advances of $95 million for the year ended December 31, 2018. Advances under this program are primarily in the form of joint-venture investments, forgivable key-money loans, senior mortgage loans, development loans, and mezzanine lending, as well as through the operation of a land-banking program. As of December 31, 2018, the company had approximately $342 million reflected in its consolidated balance sheet pursuant to these financial support activities. With respect to lending and joint-venture investments, the company generally expects to recycle these loans and investments within a five-year period.

Effective January 1, 2018, the company adopted the new revenue recognition standard ("ASC 606") on a full retrospective basis. As a result, the condensed financial statements for the three months and year ended December 31, 2017, have been recast as if the new revenue standard had been adopted on January 1, 2016. The adoption of ASC 606 did not change the timing of cash flows or cash available for return to shareholders but did alter the timing of earnings recognition. In addition, the adoption of ASC 606 resulted in changes in classifications of certain items within the company's financial statements. A discussion of the revenue recognition changes can be found in the 2017 Form 10-K the company filed on March 1, 2018, as well as the quarterly reports filed on Form 10-Q for the three, six and nine months ended in 2018 which are available on Choice's Investor Relations website at http://investor.choicehotels.com/.

The adjusted numbers in the company's outlook exclude the net surplus or deficit generated from the company's marketing and reservation system activities, as well as other items. See Exhibit 7 for the calculation of adjusted forecasted results and the reconciliation to the comparable GAAP measures.

Choice Hotels International, Inc. (NYSE: CHH) is one of the world's largest lodging companies. With more than 6,900 hotels franchised in more than 40 countries and territories, Choice Hotels International represents more than 560,000 rooms around the globe. As of March 1, 2018, there are more than 900 hotels in our development pipeline. Our company's Ascend Hotel Collection™, Cambria™ hotels & suites, Comfort Inn™, Comfort Suites™, Sleep Inn™, Quality™, Clarion™, MainStay Suites™, Suburban Extended Stay Hotel™, Econo Lodge™, Rodeway Inn™, and Vacation Rentals by Choice Hotels™ brands provide a spectrum of lodging choices to meet guests' needs. With more than 39 million members and counting, our Choice Privileges™ rewards programme enhances every trip a guest takes, with benefits ranging from instant, every day rewards to exceptional experiences, starting right when they join. All hotels and vacation rentals are independently owned and operated. Visit us at www.ChoiceHotels.com for more information.

Several factors could cause actual results, performance, or achievements of the company to differ materially from those expressed in or contemplated by the forward-looking statements. Such risks include, but are not limited to, changes to general, domestic, and foreign economic conditions; foreign currency fluctuations; operating risks common in the lodging and franchising industries; changes to the desirability of our brands as viewed by hotel operators and customers; changes to the terms or termination of our contracts with franchisees; our ability to keep pace with improvements in technology utilized for marketing and reservations systems and other operating systems; our ability to grow our franchise system; exposure to risks related to our hotel-development and financing activities; fluctuations in the supply and demand for hotels rooms; our ability to realize anticipated benefits from acquired businesses; the level of acceptance of alternative growth strategies we may implement; operating risks associated with our international operations; the outcome of litigation; and our ability to manage our indebtedness. These and other risk factors are discussed in detail in the company's filings with the Securities and Exchange Commission, including our annual report on Form 10-K and our quarterly reports filed on Form 10-Q. Except as may be required by law, we undertake no obligation to update publicly or revise any forward-looking statement, whether as a result of new information, future events, or otherwise.

In addition to the specific adjustments noted below with respect to each measure, the non-GAAP measures presented herein also exclude acquisition-related transition and transaction costs, costs associated with the acceleration of the company's executive succession plan, impairment of below-market lease intangibles, impairment of goodwill related to the company's operations that provide Software as a Service ("SaaS") technology solutions to vacation-rental management companies, loan impairments, estimated one-time transition taxes on tax legislation enacted into law on December 22, 2017, and debt-restructuring costs to allow for period-over-period comparison of ongoing core operations before the impact of these discrete and infrequent charges.

Adjusted Earnings Before Interest, Taxes, Depreciation, and Amortization: Adjusted EBITDA reflects net income excluding the impact of interest expense, interest income, provision for income taxes, depreciation and amortization, franchise-agreement acquisition cost amortization, other (gains) and losses, equity in net income (loss) of unconsolidated affiliates, mark-to-market adjustments on non-qualified retirement plan investments, and surplus or deficits generated by marketing and reservation-system activities. We consider adjusted EBITDA to be an indicator of operating performance because it measures our ability to service debt, fund capital expenditures, and expand our business. We also use adjusted EBITDA, as do analysts, lenders, investors, and others, to evaluate companies because it excludes certain items that can vary widely across industries or among companies within the same industry. For example, interest expense can be dependent on a company's capital structure, debt levels, and credit ratings. Accordingly, the impact of interest expense on earnings can vary significantly among companies. The tax positions of companies can also vary because of their differing abilities to take advantage of tax benefits and because of the tax policies of the jurisdictions in which they operate. As a result, effective tax rates and provision for income taxes can vary considerably among companies. Adjusted EBITDA also excludes depreciation and amortization because companies utilize productive assets of different ages and use different methods of both acquiring and depreciating productive assets or amortizing franchise-agreement acquisition costs. These differences can result in considerable variability in the relative asset costs and estimated lives and, therefore, the depreciation and amortization expense among companies. Mark-to-market adjustments on non-qualified retirement-plan investments recorded in SG&A are excluded from EBITDA, as the company accounts for these investments in accordance with accounting for deferred-compensation arrangements when investments are held in a rabbi trust and invested. Changes in the fair value of the investments are recognized as both compensation expense in SG&A and other gains and losses. As a result, the changes in the fair value of the investments do not have a material impact on the company's net income. Surpluses and deficits generated from marketing and reservation activities are excluded, as the company's franchise agreements require the marketing and reservation-system revenues to be used exclusively for expenses associated with providing franchise services such as central reservation and property-management systems, reservation delivery, and national marketing and media advertising. Franchisees are required to reimburse the company for any deficits generated from these marketing and reservation-system activities and the company is required to spend any surpluses generated in future periods. Since these activities will be managed to break-even over time, quarterly or annual surpluses and deficits have been excluded from the measurements utilized to assess the company's operating performance.

Hotel Franchising Revenues, Adjusted Hotel Franchising EBITDA, Adjusted Hotel Franchising SG&A, and Margins: The company reports hotel-franchising revenues, adjusted hotel franchising EBITDA, adjusted franchising hotel SG&A, and margins, which exclude marketing and reservation-system activities; the SkyTouch Technology division; vacation rental activities, including operations that provide SaaS technology solutions to vacation-rental management companies; and revenue generated from the ownership of an office building that is leased to a third party. These non-GAAP measures are commonly used measures of performance in our industry and facilitate comparisons between the company and its competitors. Marketing and reservation-system activities are excluded, as the company's franchise agreements require the marketing and reservation-system revenues to be used exclusively for expenses associated with providing franchise services, such as central reservation and property-management systems, reservation delivery, and national marketing and media advertising. Franchisees are required to reimburse the company for any deficits generated from these marketing and reservation-system activities and the company is required to spend any surpluses generated in future periods. Since these activities will be managed to break-even over time, quarterly or annual surpluses and deficits have been excluded from the measurements utilized to assess the company's operating performance. SkyTouch Technology is a division of the company that develops and markets cloud-based technology products, including inventory management, pricing, and connectivity to third-party channels and hoteliers not under franchise agreements with the company. The operations for SkyTouch Technology and our vacation-rental activities are excluded since they do not reflect the company's core franchising business but are adjacent, complementary lines of business. 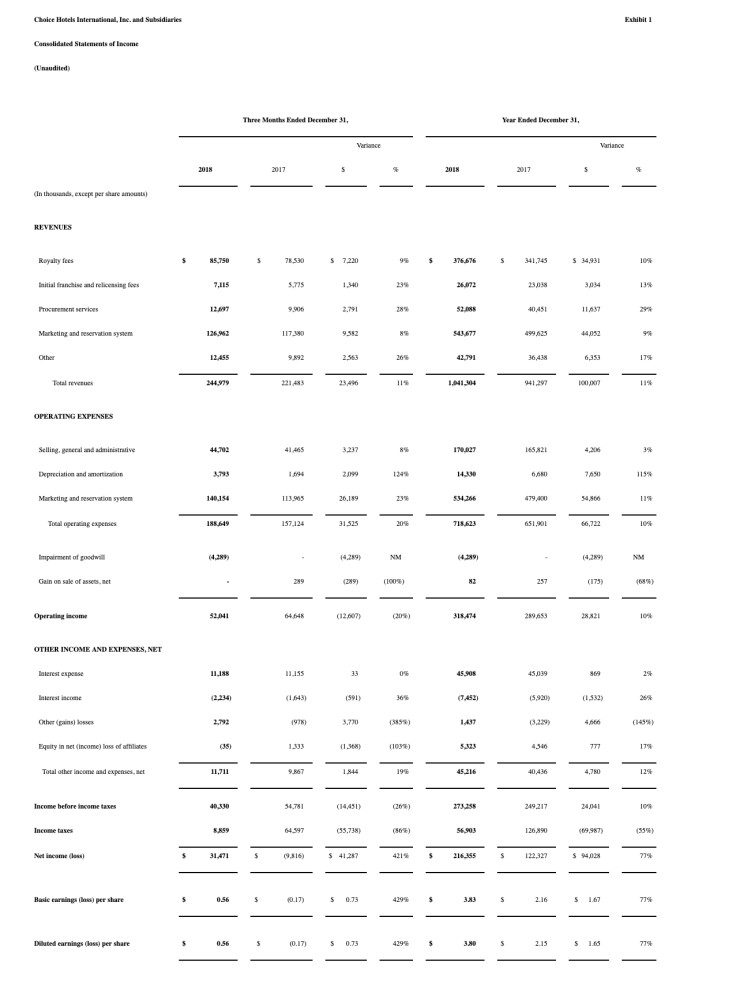 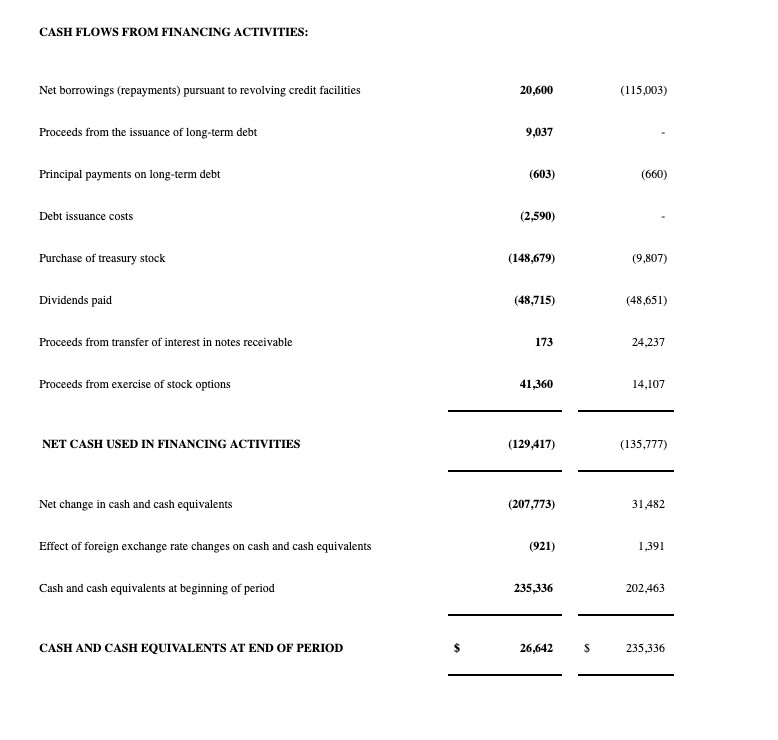 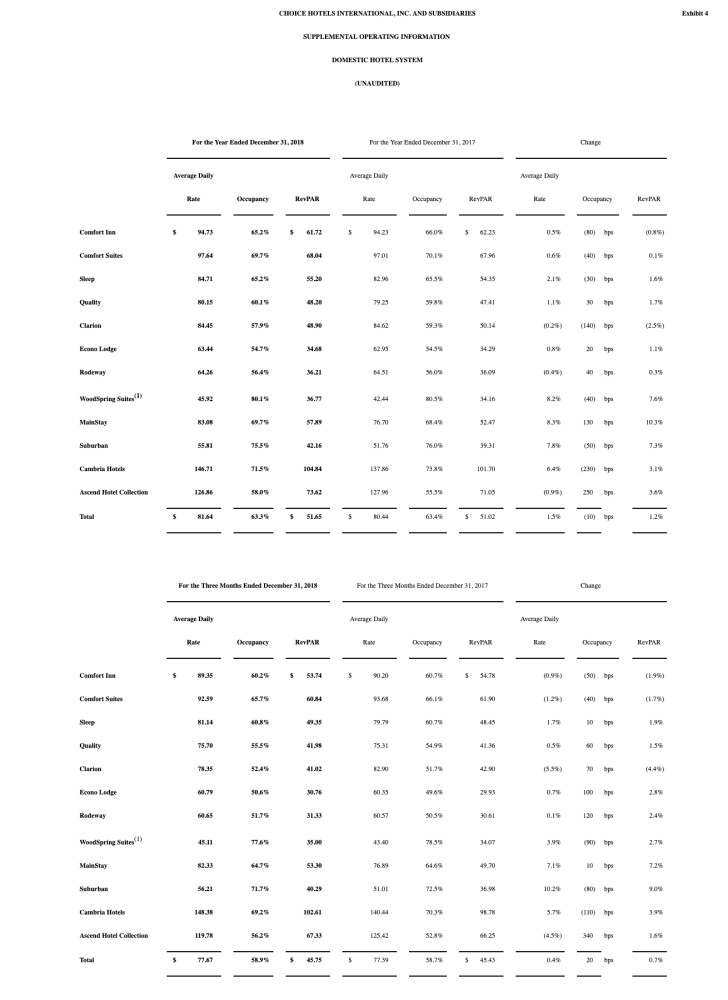 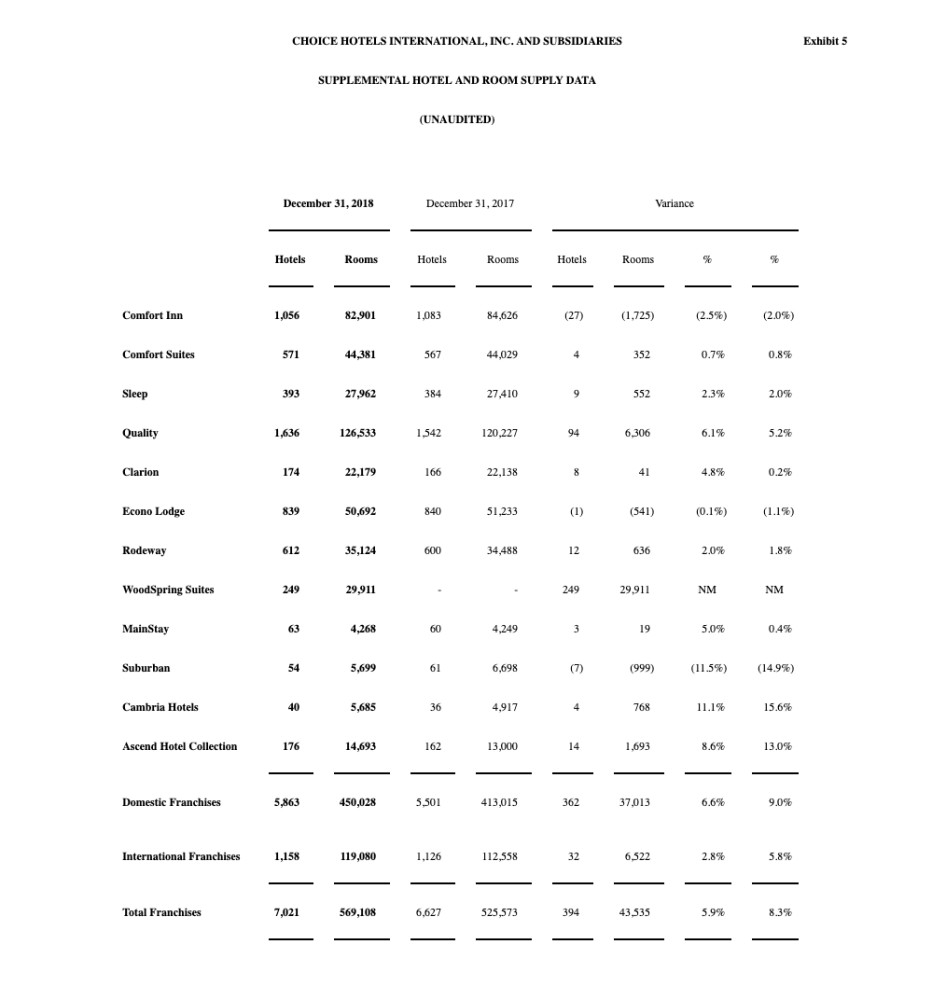 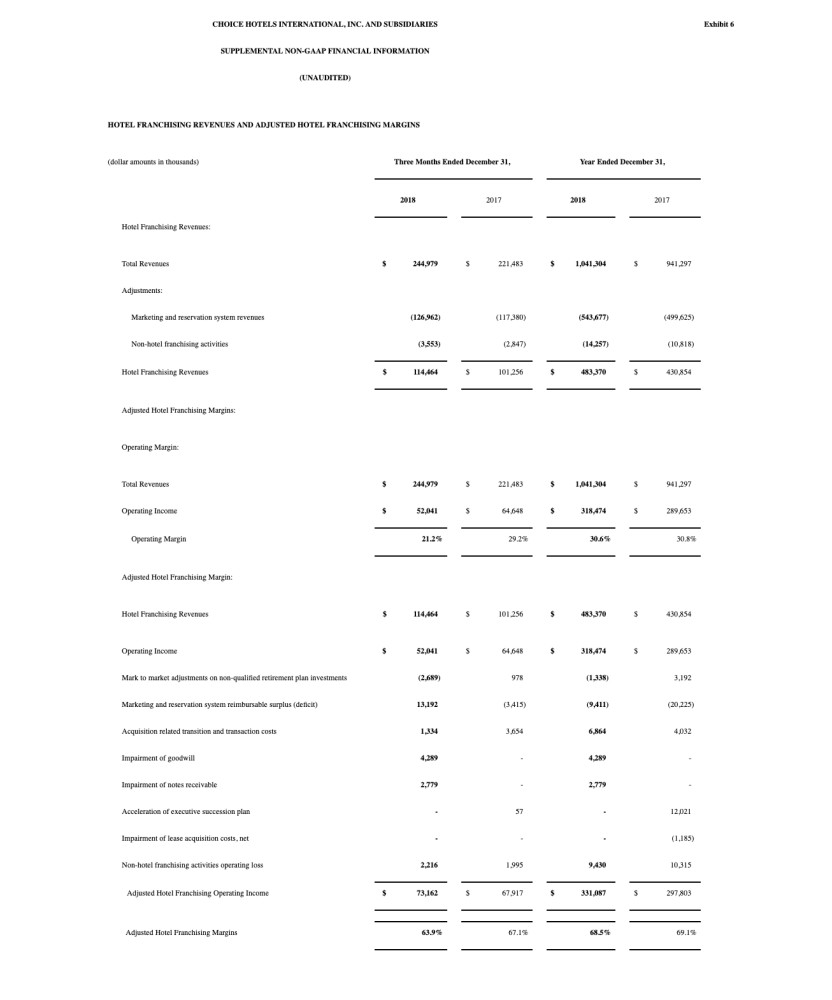 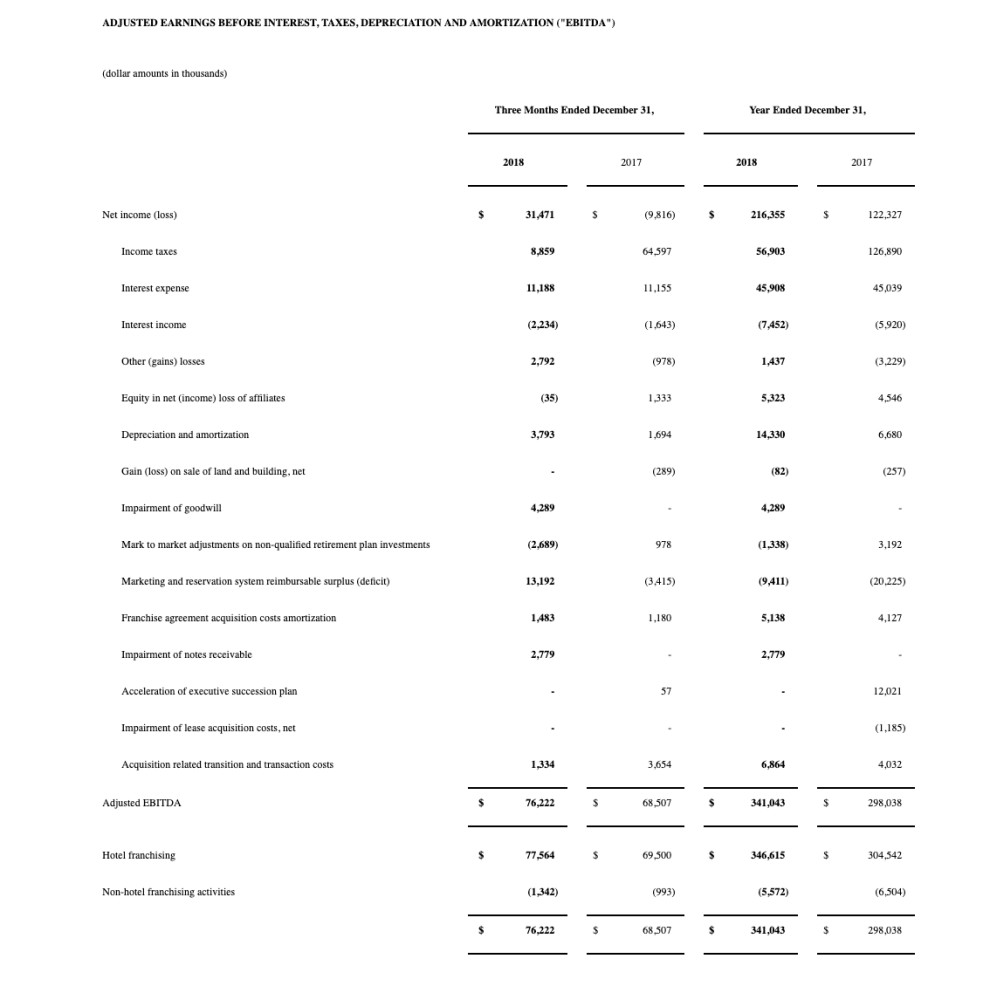 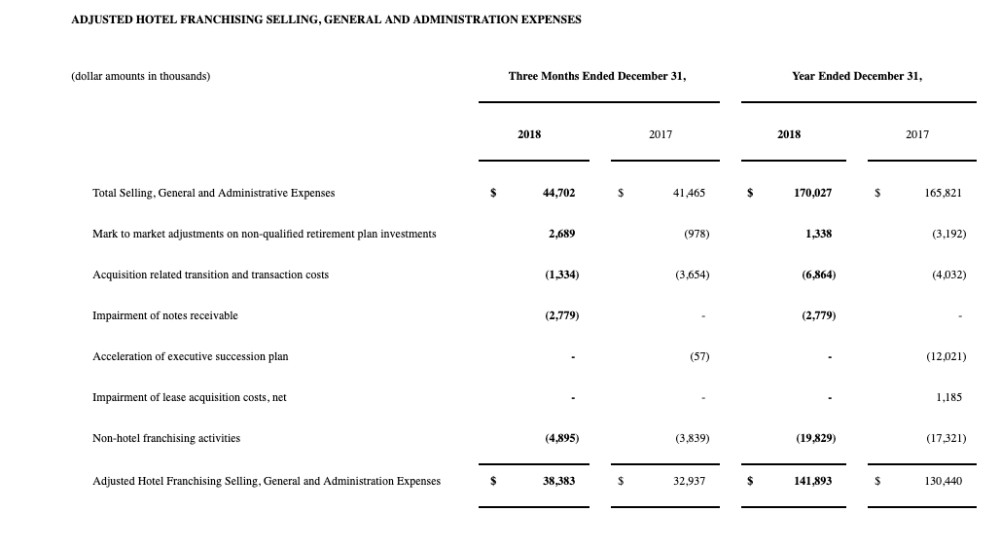 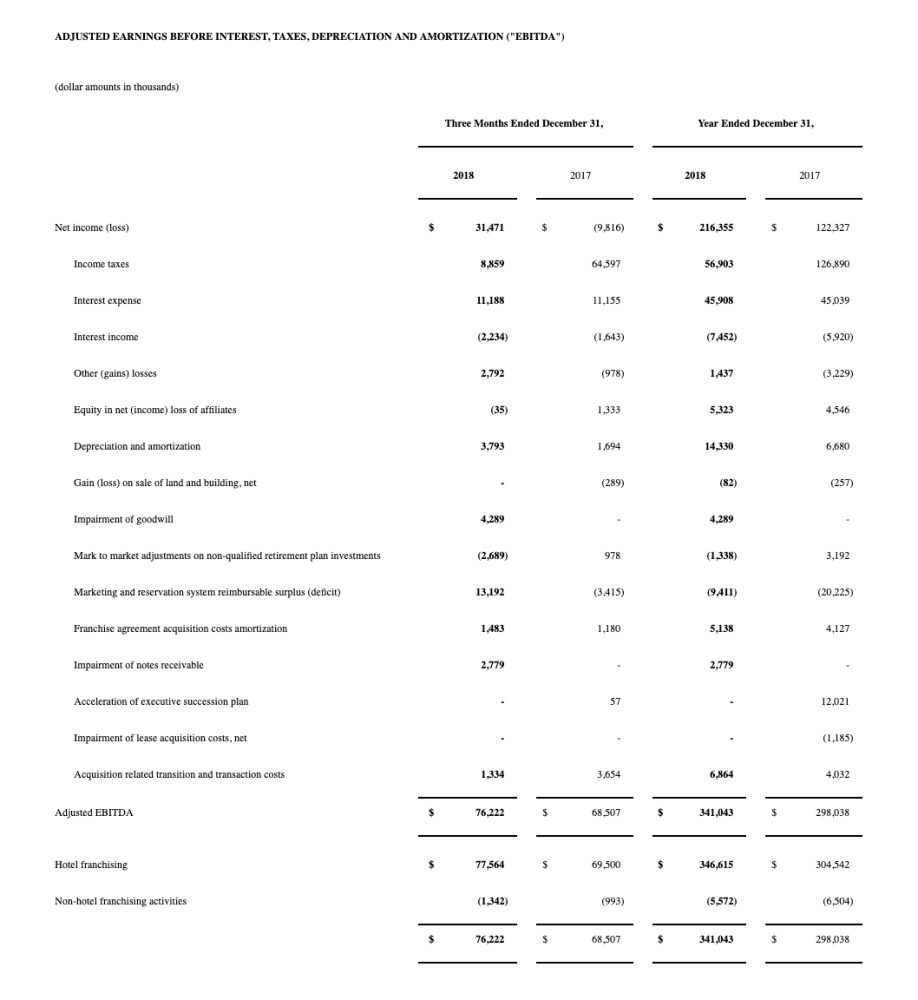 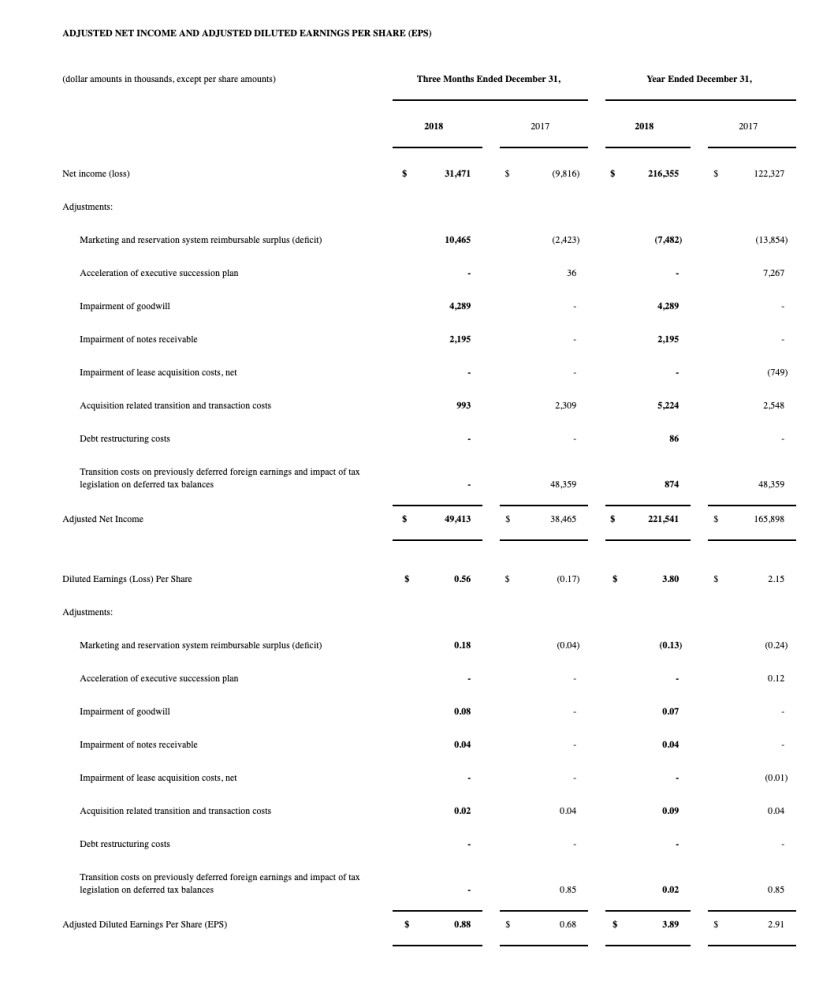 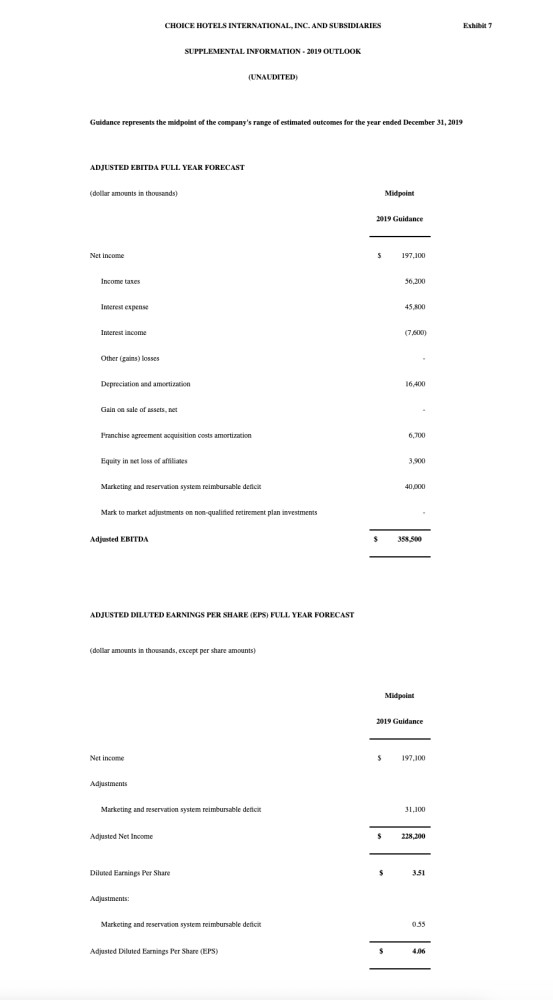 Prior to publication, it must be approved by Choice Hotels Europe. 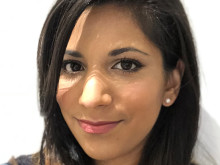